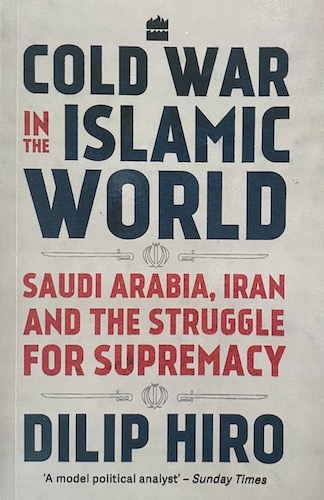 Cold War in the Islamic World: Saudi Arabia, Iran and the Struggle for Supremacy

For four decades Saudi Arabia and Iran have vied for influence in the Muslim world. At the heart of this ongoing Cold War between Riyadh and Tehran lie the Sunni-Shia divide, and the two countries’ intertwined histories. Saudis see this as a conflict between Sunni and Shia; Iran’s ruling
clerics view it as one between their own Islamic Republic and an illegitimate monarchy.

This foundational schism has played out in a geopolitical competition for dominance in the region: Iran has expanded its influence in Syria, Iraq and Lebanon, while Saudi Arabia’s hyperactive crown prince, Muhammad bin Salman, has intervened in Yemen, isolated Qatar and destabilized Lebanon.

Dilip Hiro examines the toxic rivalry between the two countries, tracing its roots and asking whether this Islamic Cold War is likely to end any time soon.

Cold War in the Islamic World: Saudi Arabia, Iran and the Struggle for Supremacy