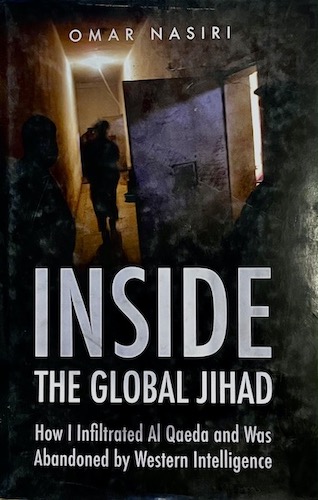 Inside the Global Jihad: How I Infiltrated Al Qaeda and Was Abandoned by Western Intelligence

Who is Omar Nasiri? Why does he matter? What makes his story worth telling? In the early 1990s, Nasiri, a Moroccan brought up in Europe, fell in with a gang of North African Islamist extremists who were planning attacks, raising money, and buying weapons and explosives. The DGSE, France’s foreign espionage arm, recruited Nasiri as an informer – routine, workaday stuff at first, but his talents for dissimulation meant he became increasingly useful to his handlers. After proving himself to his superiors in Paris, they set him a seemingly impossible task: to infiltrate Al Qaeda’s training camps in Pakistan and Afghanistan.

Inside the Global Jihad: How I Infiltrated Al Qaeda and Was Abandoned by Western Intelligence