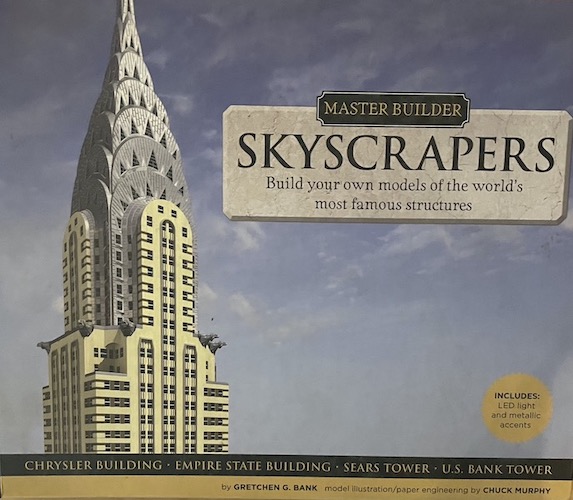 When you can’t get away to your favorite city, bring your favorite city to you! With the Master Builder Series, you can build your own models of the world’s most famous skyscrapers that bedeck America’s city skylines from coast to coast. Construct for yourself New York’s Empire State Building and Chrysler Building, Chicago’s Sears Tower, and San Francisco’s Transamerica Pyramid.

o Features intriguing history and stunning photographs of the world’s most famous skyscrapers, making it a valuable reference for professional architects and amateur admirers alike.

o Erect the famous Empire State Building, a structural icon that served as a backdrop in much of America’s pop culture. (Giant gorilla not included.)

o Raise one of the world’s tallest building in your own home or office as you assemble the Sears Tower.

o San Francisco’s skyline just wouldn’t be the same without its tallest building, the Transamerica Pyramid-a four-sided pyramid with “wings” on opposite sides of the building.